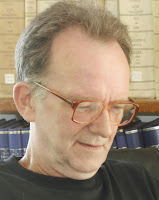 Tell us a little about your writing journey.
Began writing at roughly eight-years-of-age, but have been a full time writer for the past 16 years. Thus far, have completed 23 full length manuscripts, 146 short stories and numerous bush poems. I write an eclectic daily blog that encourages and hosts writers, authors, human rights lawyers, musicians, poets and others from around the world. The blog currently goes to 34 countries. I also mentor 43 young writers around Australia, write a monthly editorial for a newspaper and lecture to members of the U3A – University of The Third Age.


Writing is a tough gig, but I’ve been fortunate to win some major awards. Not that they have done me any favours.


What do you enjoy most about being a writer?
Inventing characters, creating situations and climbing into my characters heads to bring them alive. Fortunately writing comes easily for me.


What is the hardest aspect of being a writer?
The hardest task is to be picked up and accepted by mainstream publishers; even if you have won major awards. Marketing is a painstaking task that takes a serious writer away from his / her work. In many respects, it’s a closed shop for many emerging writers in Australia. However, I market every day and now have an exceptional number of worldwide connections on LinkedIn, Google+, Facebook and Twitter.


How much research goes into you story?
Usually none. I shoot from the hip and draw on life’s experiences. However, in historical fiction manuscripts I will always check the facts. For example: my first book, ‘Gunnedah Hero’, 98 % of it came from my head. It was planned to be a prescribed text for junior high school kids, where they could read an enthralling story and unknowingly learn heaps about history, drought and tough times in 1910 – better than a text book.


Writers are sometimes influenced by things that happen in their own lives. Are you?
Most certainly, and I use a wealth of travel and diverse experiences to draw upon, having travelled the world and lived in four countries. I also use real life people as my characters which allows them to be consistent characters throughout the story.


Tell us about your publications?
‘Gunnedah Hero’ is modern / historical fiction and has won two awards in the Australian National Literary Awards. My next book, ‘Pa Joe’s Place’, is based on a true story, and based in Thailand. The next book will be the sequel to Gunnedah Hero – ‘A Drover’s Blanket’. Here are the blurbs for both: 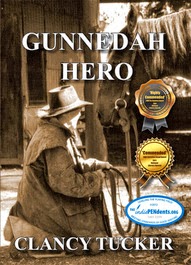 Fourteen-year-old Gunnedah ‘Gunnie’ Danson has a 500-word assignment on drought. His late grandfather has left him a box containing a manuscript. It’s been written by Gunnie’s
great-great-grandfather, Smokey ‘Gun’ Danson after his journey up the long paddock
during a harsh drought as a fourteen-year-old drover in 1910. At the back of the manuscript
is an envelope. It’s NOT to be opened until Gunnie has read the entire story.


Gunnie spends the weekend at Wiralee Station; a cattle station that’s been in the family since 1848. There, he reads the awesome manuscript and learns of Smokey’s adventurous journey.


Gunnie overhears several secretive conversations. His snobby Aunty Kate wants to divorce his uncle and sell Wiralee Station. He finishes the manuscript and opens the mysterious envelope. Will it legally prevent his aunt from selling Wiralee Station? 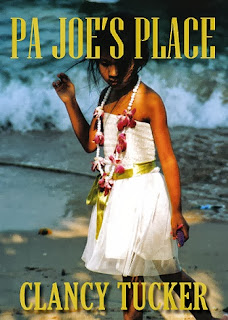 Boo is a seven-year-old Thai girl whose father is dying. She must leave home and travel 1700 kilometres to live in an orphanage, ‘Pa Joe’s Place’, run by a foreigner (farang). With a bag of clothes, some food and a mysterious envelope addressed to ‘Pa Joe’, she
endures an adventurous train trip to Songkhla.


On the way, she meets influential people who know Pa Joe and a wise monk who gives
her a lucky amulet. Boo settles into ‘Pa Joe’s Place’, makes friends and inspires Pa; an American Jesuit priest who has cared for Thai orphans for 50 years. She and her friends establish a successful jam-making business to make money for Pa and Boo meets Jack Ryan, an Australian farmer she admires. Shattered by the death of her father, she runs from Pa Joe’s Place but is soon found by Pa and the Chief of Police.

Boo has survived four life-threatening situations since she left home: a train derailment, snake bite, tsunami and a fire. Suddenly she takes ill and is rushed to hospital. Will her lucky amulet help her to survive?


What is the most surprising thing about writing/publishing you have learnt?
Mm … nothing much. However, I guess I am surprised but elated to know that Australia has a plethora of writers. Sadly, self-published authors are treated shabbily and great works will languish. The Prime Minister’s Literary Awards did not include an award for poetry until I started to hop up and down. Having said that, still in 2013, the same award and the Victorian Premier’s Literary Award does not allow self-published authors to enter. It’s high time both awards created a separate category for independents. But, as I often say, ‘Nothing shocks me, but people sure disappoint me sometimes.’


Top tip/s for writers.
Find something you’re passionate about and write passionately about it.
Never give up.
Look outside the square.
Work hard at your craft.
Find a decent editor you can work with.
Take serious criticisms on the chin and move on.
Don’t give a manuscript to your mum or your dog. Your mum will say it’s magnificent even if it’s not, and your dog will lick you anyway.
If you are not serious about writing, get out of the way and find another hobby.
Seek advice, listen and improve.
Revise, revise, revise … cut, cut, cut.
Keep the action moving – conflict, resolution, conflict, resolution etc.
The 100-word blurb will be the most important words in your book.
When you complete a manuscript, remove yourself from it for some time.
Drink swags of coffee, swear and rant when required – I do!


Other than writing what else do you love?
Music, kids, wine, travel, South East Asia, photography, being a social justice campaigner and Human Rights activist.


Who is your favourite author and why?
Jeffrey Archer. He is a master storyteller.


If you had a premonition you would be stranded on a desert island, what 5 books would you take?
Five large journals and a box of pencils to write ‘Stranded’.


Thanks for visiting Clancy. Good luck with whatever the future holds!
Posted by Melissa Wray at 17:23
Email ThisBlogThis!Share to TwitterShare to FacebookShare to Pinterest

'Dreams do come true, if we only wish hard enough.'

An anthology of memoirs.

Melissa Wray's favourite books »
"I take a fact and put a top hat on it, and a silk shirt and a bow tie, but I don't ruin the fact,"
Bryce Courtenay

Join me at Goodreads.

Proud associate and supporter of Books on Tour
'If you're going to ice skate across the pond, you might as well tap dance.'